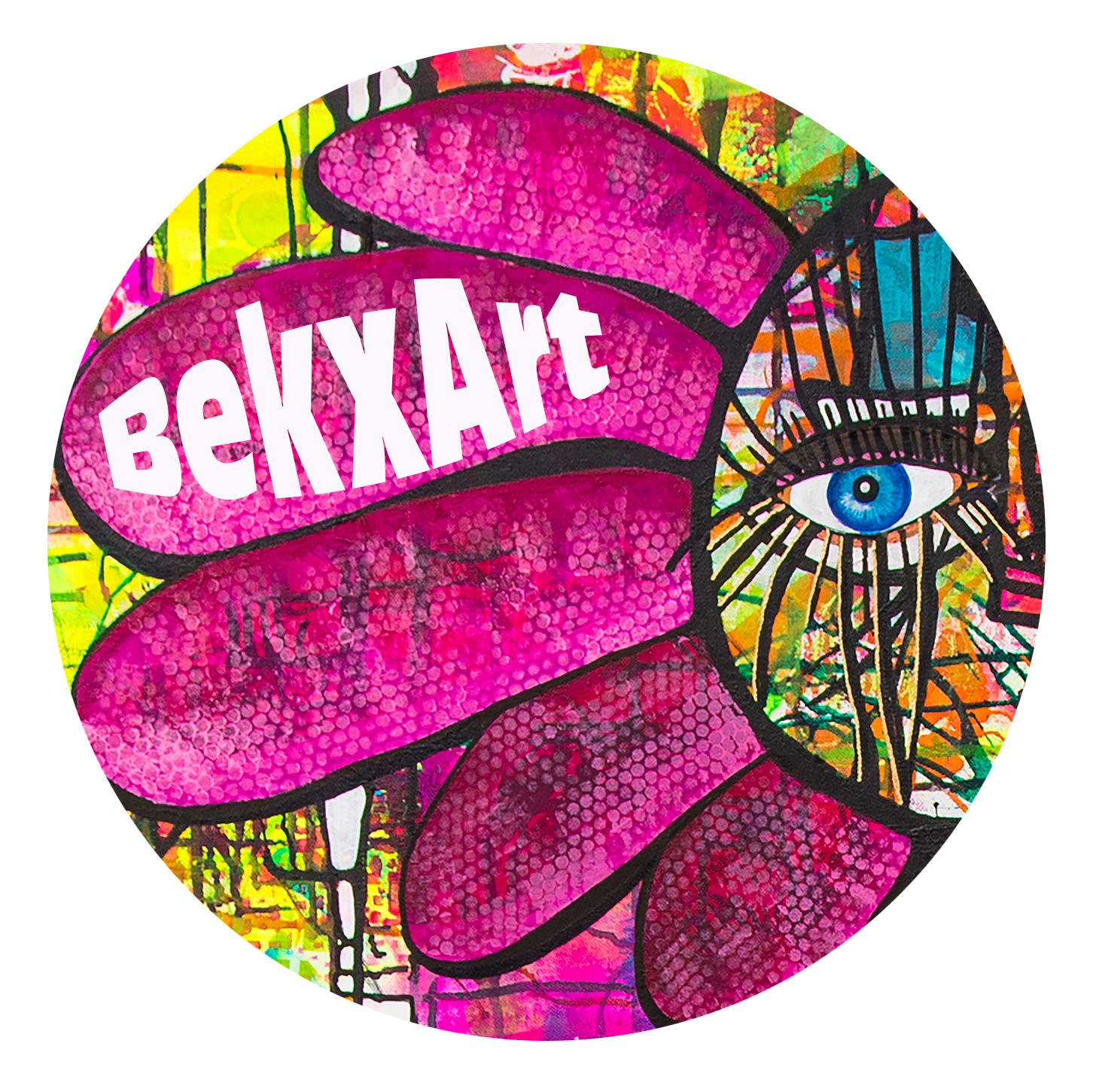 Your shopping cart is empty.

Your shopping cart is empty.

Blog > The Story Behind the Circles

The Story Behind the Circles

A recent conversation...
"You're crazy! You hand cut over 4000 circles? Like with scissors? Why?
ME: Yup, and I like to wear wigs and play dress up too. Crazy? Nah, I prefer, "Well Rounded."

The Story Behind the Circle

Throughout my life, I drew images of my inner world, however, those drawings were private and I had not ever considered myself to be an artist.

In 2011, I moved to Boise, Idaho. I had just become a Registered Nurse, had left and abusive relationship and was struggling to overcome a 25 year long eating disorder. After 3 hospitalizations and countless hours of therapy, I was equipped with a tool box of coping skills,  ready to be used, however, I was still unsure of where I belonged in the world. The struggle to overcome an addiction and become who I was meant to be, was still unclear.

Within a month of being in Boise, my mom came to visit me. She brought her paints and brushes and one evening when we sat down together, she introduced me to the way paint and materials move across canvas and that was all it took, I was hooked. I began to paint daily. I did so without  intent, only connected to the process and the release and calmness that painting brought to my inner world. Painting became a way to get pain and sadness, hurt and shame out of me. Sometimes I cried into the paint, sometimes I got angry and pushed paint around with my fingers and other times I meticulously controlled the design with stencils and brushes. Over the next 3 years, through painting, I slowly moved my way out of an eating disorder and into the artist woman I was always meant to be. The more I painted, the less I was engaged in harmful behavior. I painted over 300 paintings all full of colors and materials and then I put them aside.

This last year, 2018, I received a grant to turn my life story into a virtual reality experience to address eating disorders. I needed to compile my life story so I began to re visit my past and as I did, I re experienced many wounds, but this time I had the coping skill of painting. As I dove deeper into the life I lived; abuse, addiction, my fathers suicide, I was triggered. Even though many were wounds I had processed so deeply with a therapist in the past, I felt grief for a life that was so difficult at times. In order to write my story I had to feel it again and at times I cried again, got angry again but I did not go back to my eating disorder, instead I went back to all those paintings.

It was an evening when I was just sitting in my art studio, looking around at all the paints and paintings that now surrounded me in this new life of mine led by recovery. I felt a deep appreciation for my journey. As I sat there reflecting on my surroundings, so different from the past, I took a deeper look at all the paintings I had done when struggling for recovery. One by one I pulled them out of the box and marveled at the patterns and colors I had created. Some were on paper, some on canvas, but as I sat there holding these single unit paintings, I felt this urge in me to cut them up, to change their shape, manipulate them into a different structure, much like I had done with my life. I wanted to see them in a new form. I had no plan for what I would do with the newly cut shapes, I just knew that I needed to reshape them, into circles. Circles are boundaries and safety and they are the beginning and they are the ending.

I began to cut. I traced circles, I cut circles and I repeated this nightly. Over the next 3 months I cut feverishly over 2000 circles. In the day, I would work to re write my life story, visiting old journals, therapy notes, letters from my parents and in the evenings I would trace and cut circles. There was something about the process, the manipulation of materials in my hands that was calming and brought a closure to a day of revisiting my life past. At times I would stack the circles up according to their color and I would marvel at how they looked, like circular towers, each one unique, unable to be replicated the next time I stacked them up, like re visiting the past, each time I looked back, the story never repeated the same way, maybe a new memory or a different perspective, always unable to stack the memories exactly the same each time.

Once the circles were all cut, I then began to hand punch holes into each one and then I pushed grommets into each hole. I cut and grommeted over 4000 holes and though my hands ached at times, I did not want to stop. The process of taking something that was once only a means to get pain and sadness, hurt and shame out of me was now turning into something beautiful, connected, and larger than I. I loved the act of directing the outcome, first the shape and then the pattern of placing each circle together. I spent weeks organizing and re organizing the patterns of colors the circles made when I moved them around over and over.

The next step was to bring the cut pieces back together in a new form. I had a vision of linking them to create a curtain, something that had two sides, but each side different. The colors were a representation of all the work I did to find me, and the black side a memory of all my shame and sadness I had held onto for so long.

Once I found a pattern that spoke to me, I then linked each circle together with jump rings and slowly all the paintings I did so long ago, in their new form, all touching was becoming a single complete unit. It was as if each painting was a snapshot of the past, each one a like a different emotion coming together.  As I linked each one I thought deeply about the universal struggle to accept the self and the similar struggle that so many have. I had so many years thinking I shouldn’t feel a certain way, I shouldn’t be a certain way, that I always had to try and change who I was. I thought about how so many people struggle much the same. I began to see myself as just one of the circles and all the ones around me representing so many people on the same journey.

Even when we feel like we are alone, we are not. There is always someone out there who can see their story in yours. The circle installations reflect all the emotions; anger, fear, pain, joy, passion, love, shame, guilt all coming together beautifully.

Every emotion is valuable and ok to feel, it’s what makes us well rounded.

This presence of this badge signifies that this business has officially registered with the Art Storefronts Organization and has an established track record of selling art.

It also means that buyers can trust that they are buying from a legitimate business. Art sellers that conduct fraudulent activity or that receive numerous complaints from buyers will have this badge revoked. If you would like to file a complaint about this seller, please do so here.

This website provides a secure checkout with SSL encryption.

Become a member and be the first to receive new content and special promotions.

This is only visible to you because you are logged in and are authorized to manage this website. This message is not visible to other website visitors.

The above preview shows how to use the live preview on this website. The image displayed is just an example, and is not available for sale.

This means you can use the camera on your phone or tablet and superimpose any piece of art onto a wall inside of your home or business.

To use this feature, Just look for the "Live Preview AR" button when viewing any piece of art on this website!

Below, select which favorite lists you would like to save this product into.

I am so glad you are here!

HUGS to you and your family.

This offer is valid for NEW CUSTOMERS